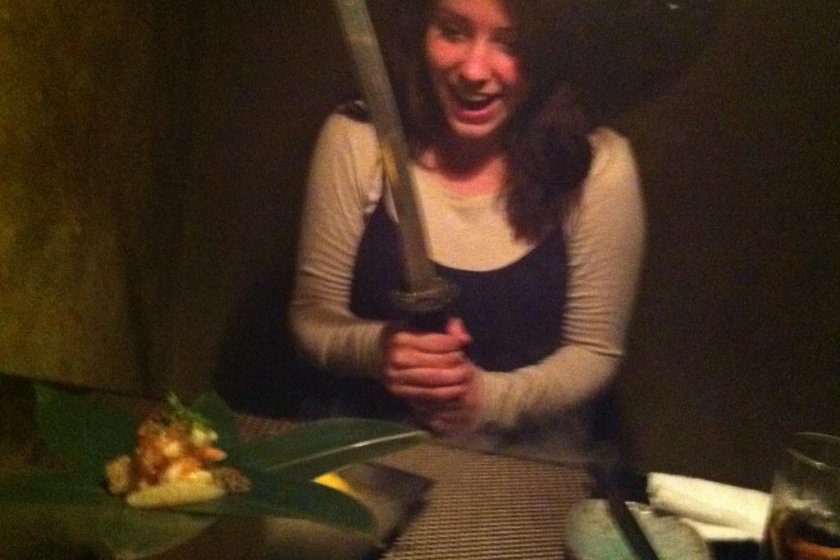 Often when you travel to a foreign country you find yourself disappointed with its resemblance to home. There is something entirely unexotic about going to a restaurant and finding a bottle of Heinz ketchup on the table.

There are places, however, which encompass a country’s culture and idiosyncrasies entirely; places which seem like alien worlds, with menus full of foods you have never even heard of, let alone recognize. The kind of place which leaves you saying “Who serves potatoes without a bit of red sauce...?”

The fact is, we love to find the differences, for better or worse.

Ninja Izakaya in Tokyo’s bustling business centre of Akasaka (be careful not to confuse it with the similar Asakusa) is one of these places which draws you in to its pleasantly unfamiliar world.

From the minute your search for the restaurant begins, it’s peculiarity becomes clear. Expect nothing more than a tiny black door set into an equally black wall, adorned with a miniature signpost signaling that this is even an eatery at all.

From there you are required to wait until the time of your booking, when the doors mysteriously open to reveal an impenetrably dark world full of shouting, Japanese ninjas. If you don’t speak Japanese the experience can be even more of a baffling mystery.

Once at your table, which could be in a large room or part of a smaller, more intimate sectioned-off chamber, the menu will be brought to you. A long scroll which must be pulled by two people reveals today’s line up: ninja noodles, a grapefruit from which you pull a sword to release an eruption of smoke, or desserts on request from your personal ninja waiter. Every part of this dining experience is alien, unique and carefully crafted.

After the meal, a magician will appear and astound you with card tricks you thought you were too old to believe or be impressed by.

The menu is a little pricy just for a casual lunch, but in order to experience that Japan you have been living out in your imagination, this is the place to come. Incredibly weird, tasteful, well organised, thematic; this is the Japan of the legends, the comics and the rumors; come and try it out.

Plotting away in Japan's mountainside. 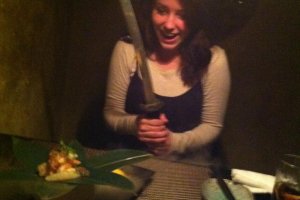 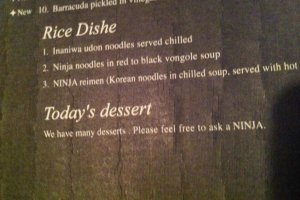 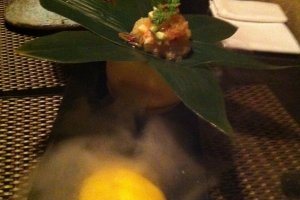