Yamagata is one of the primary pilgrimage destinations in northern Japan. In addition to the well known Dewa Sanzan area, there are numerous temples and shrines that make for interesting sightseeing destinations. Yamadera and the famous Risshaku-ji Temple were not included in this list due to travel distance. Here are some of the top shrines and temples in Yamagata in no particular order.

This is the main shrine found at the the summit of Mount Haguro. Sanjin Gosaiden is the most important shrine in the region in terms of location and significance. The building is connected with several attached corridors which can be explored with or without a monk guide. If you do have a guide, you can participate in purification ritual and listen to the chants and booming shell horns carried by the Yamabushi. The main building has the thickest thatch roof of any building in Japan.

Moving from Mount Haguro to Mount Yudono of Dewa Sanzan, we find two more interesting temples to visit. A distinguishing point of these two locations is the tribute they have to the living Buddha housed within the temple walls. These living Buddhas were famed Yamabushi who were so revered they performed the now forbidden act of self-mummification to preserve their bodies for all to see. Churenji has beautiful ceilings and an ancient cherry blossom tree right next to the building. Dainichibo is the main Temple of Mount Yudono and includes a walking course and monk training and demonstrations for tourists.

Along the coast of Yamagata is an interesting and fairly modern temple, Japan's only temple dedicated to the sea and aquatic life. Though the buildings are new the history of the faith dates back 1200 years. This temple complex of over 20 structures include temple gates, a pagoda temple, main halls and more. Within the main building there is a zen monastery where tourists can view practicing zen rituals such as zazan (seated meditation), prayer rituals and more. Participation is also encouraged and prayer ceremonies can be viewed approximately six times per day. Before you leave the temple, be sure to check out the long walking path behind where you can find a lake rumored to have fish with a human-like face swimming in the water.

Temples are abundant throughout Tsuruoka, Sakata and the Mogami areas of Yamagata. Whether the temple is hidden in the forest, in the center of town, or up in the mountain peaks, there is sure to be a temple for everyone. Finding a favorite temple can be quite an adventure in itself. 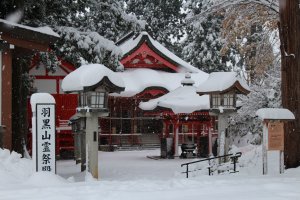 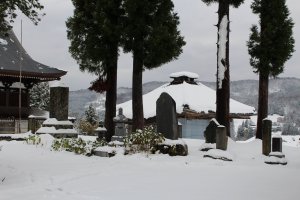 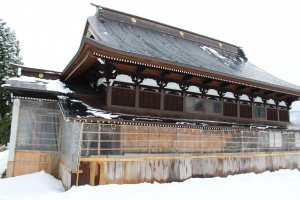 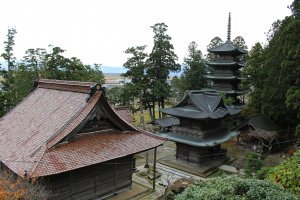 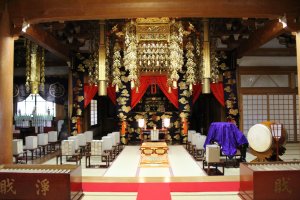 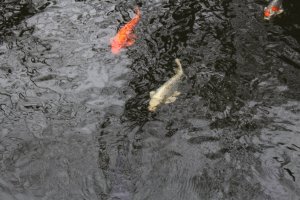