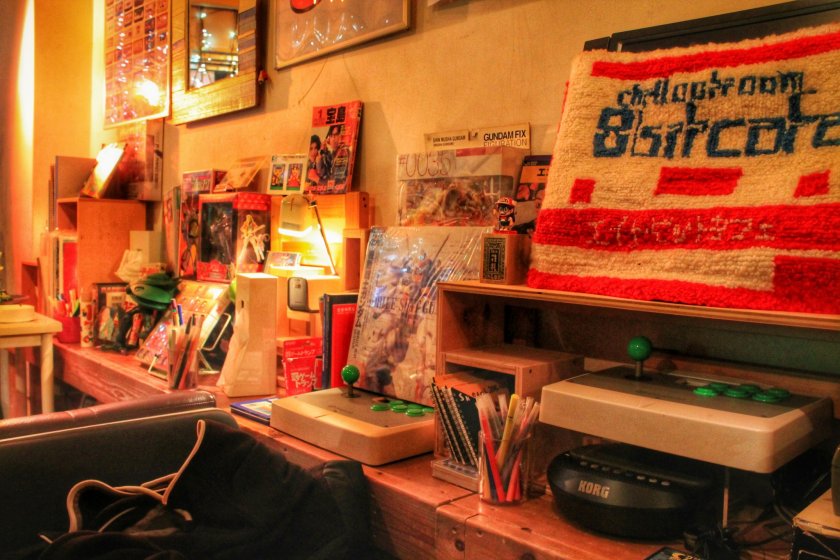 Revisit the video games of the 80s

In front of the unremarkable building is a small sign, which reads “8bit cafe.” A friend has brought me here. I’m sure I would’ve never discovered this place on my own, as it is so un-flashy among all the neon signs in lively Shinjuku. We go up the stairs to the fifth floor. The staircase is narrow and steep, and usually I wouldn’t expect a café in such a building. On the fifth floor we find an old Famicon console in front of a metal door. We open the door and enter the 8-bit world.

The interior of 8-Bit cafe could best be described as “lovingly nerdy,” and if you were born in the 80s or before, you might get a nostalgic feeling. Everywhere are consoles and handhelds, the shelves are full of old video games and video game figurines, and there are even three screens, on which some of the guests are playing video games. Overall, the place is rather small and can fit about 25 to 30 people. If the café is crowded, you might have to share your table with other people, but this is a great chance to talk to like-minded fellows.

The menu is just as lovingly nerdy as the interior: all drinks have names connected to video games. First, I order a “Donkey Kong,” which is a cocktail of Malibu and banana juice. Next, I have a “Screw Piledriver,” a cocktail with vodka base, cassis and orange juice. The whole menu is in Japanese and English and is so much fun to read through.

8-Bit Cafe has a ¥500 seating charge, but drinks are mainly between ¥600 and ¥700—pretty reasonable for Tokyo. Also included in the price is access to play any game you can find in the café. And in case you’re alone, you’re sure to find someone to join you if you’d like a Player 2.

The café is open from 6 pm until midnight on weekdays, and on Fridays and Saturdays it’s open until 5 am. Judging from the menu and the opening hours, the café is more like a bar, but in any case it’s a nice place to hang out for an extended period of time.

Born and raised in Berlin, Germany, I realized that my hometown is a village when I first came to Tokyo over 10 years ago. I love to experience the world and show people what I discover, so I never travel without my camera. One of my favorite hobbies is getting lost, as I have no sense of direction. But that is how you'll find the best places - and it's a source for your best stories. Other things I like include rollercoasters, thunderstorms, good food and onsen. 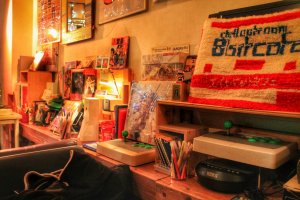 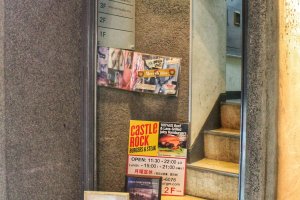 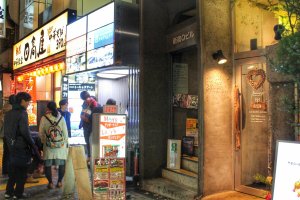 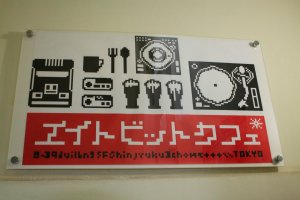 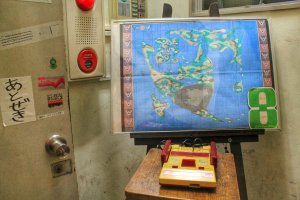 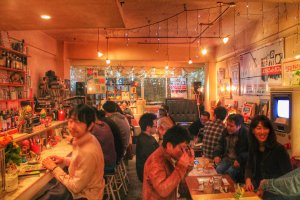